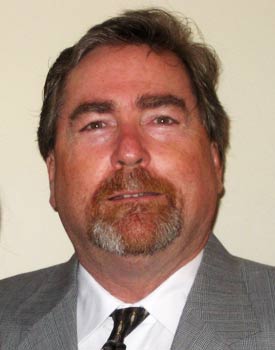 Mark received both an M.B.A. and a J.D. from the University of Arizona in 1984. He completed his undergraduate study at California State University at Long Beach. Mark is licensed to practice in Idaho, Arizona, Florida and Washington and is admitted to practice before the U.S. Claims Court, the U.S. Tax Court, the Ninth Circuit Court of Appeals, and the U.S. District Court for the Districts of Idaho, Arizona, Middle District of Florida and the Eastern District of Washington, as well as the state courts of Idaho, Florida, Washington and Arizona.

He is a member of the American Bar Association (Business and Contract Law Sections, and the Forum Committee on the Construction Industry), the Idaho State Bar (Commercial Law and Bankruptcy Sections), the Fourth District Bar Association, the Arizona State Bar Association, the Florida Bar Association (Small Practice Section and Business Law Section), the Building Contractors Association of Southwestern Idaho, the Commercial Law League of America and the American Bankruptcy Institute. Concentrating in commercial litigation, creditors’ rights and secured transactions, Mark’s practice also involves bankruptcy litigation, construction law and contract disputes. Mark was born in Long Beach, California in 1954. He is an avid skier and contents himself at the golf course between ski seasons.